Bordesley station opened in 1855 on the GWR's Birmingham - Oxford line. The station is entirely situated on a viaduct and is accessed via a starcase from street level. Originally it was provided with two substantial island platforms which sported awings and timber platform buildings. Only a single island platform now remains and the original buildings and awnings are gone. Associated with the passenger station was a large cattle station.
The station is only retained due to its proximity to the Birmingham City football stadium. Other than on match days Bordesley is only provided with a once-weekly "parliamentary" service. At the time of writing this is the Saturdays only 12:59 Stratford-upon-Avon to Great Malvern service which departs Bordesley at 13:40. Operated by London Midland. CRS code: BBS 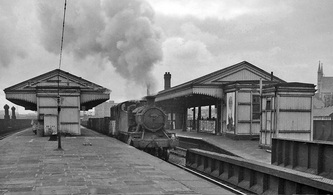 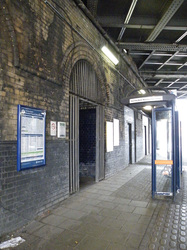 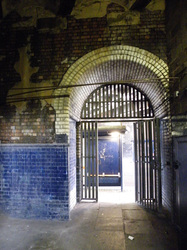 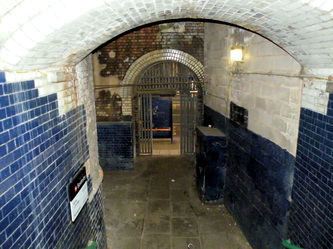 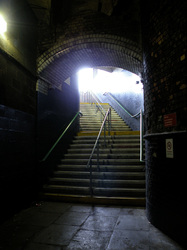 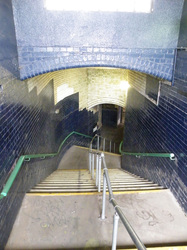 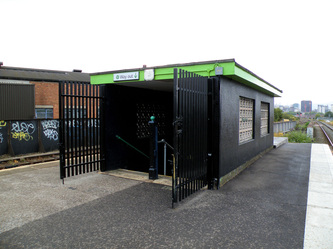 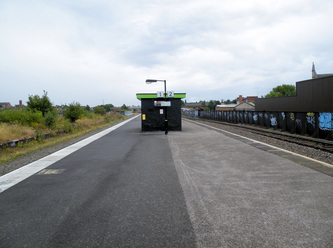 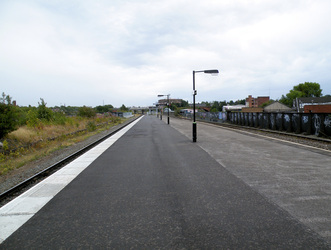 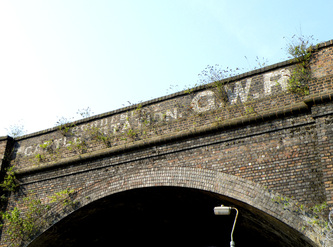 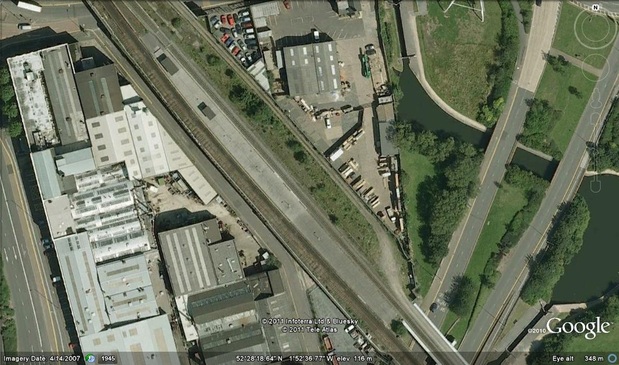